Working in association with a variety of voluntary and statutory agencies over a period of 14 years she was commissioned to write and direct plays and films that looked at diverse health and social issues. She designed and ran training programmes using theatre and film. Clients included The Crown Prosecution Service, The Devon and Cornwall Police, Devon County Council, Lancashire County Council, the Scottish Mental Health Association, Women’s Aid, Rethink UK and Carers UK. Lyn worked with director and humanist Augusto Boal  She wrote forum theatre plays and worked as a forum theatre practitioner for many different clients in the field of health and social care. Her article about her work with carers is published in Contemporary Theatre Review: http://www.informaworld.com

Lyn studied Theatre Arts at Dartington College and Law at The Open University. She now writes books and is a carer for her husband. Find Lyn’s books at www.feedaread.com or www.amazon.co.uk

On March 17th 2021 Lyn was delighted to be asked to help present the winning entry for the System Led Support For Carers Award at the HSJ Awards ceremony, hosted online by Lenny Henry. WINNER: Devon County Council and Devon CCG – Together for Devon Carers Hospital Service.

Lyn’s film THE LOST CHILD has been described as  :  “An example of exceptionally effective learning”

The Lost Child training DVD was commissioned by Lancashire Social Services for the ACPC . It was written and directed by Lyn, produced by Mike Berenger and shot by Greg Browning.

The Lost Child is currently being used nationally and internationally (University of Southern Australia) and has proved to be a very useful and innovative training resource.

“North Essex Partnership Foundation Trust is using the DVD The Lost Child as a component of its mandatory two day Safeguarding Children Training which is provided to all clinicians and practitioners working within NEPFT. The DVD is used as an interactive exercise within which professionals explore the impact of parental mental illness on the child and the knowledge of professionals working in different domains and agencies.
The response to the DVD – (which has been used as part of the mandatory training programme for over three years with more than 750 professionals) – has always been excellent. It enables professionals to consider the impact of mental illness on relationships, the position of the child and frequent absence of the child’s voice in adult mental health services. Following use of the DVD as an interactive exercise, professionals link the lessons learned into policy and procedure – for example the use of genograms in all assessments. The DVD is thus an essential component in translating theory regarding the impact of parental mental illness on children and families into practice”     Consultant, Safeguarding Children & Adults. North Essex Partnership Foundation Trust

“I hope this DVD is an indicator of just how far on-a-shoestring, role play-reliant social care training has come. The fact that this is a DVD for one blows the cobwebs off the technophobe perception of top-loading VCRs, writes Graham Hopkins.

Back in the early 1990s, I remember having to use a video of Monty Python’s parrot sketch on my courses on social care complaints just to have a visual break. But it is the top-notch quality of this professional production that stands out. Happily, it is a quality that training resources – often themselves the neglected child of social care organisations – are increasingly now providing.

Bravely commissioned by Lancashire social services to explore child protection and parental mental illness, the 30-minute film for the most part convincingly traces the relationship between Alison (Anita Parry) a make-the-best-of-it mum and Nick (MikeBerenger) a mentally-ill study in smouldering tension.

It is seen in flashback through the eyes of their 16-year-old daughter, Tina (Frankie Waller), the acting star of the piece – despite her accent occasionally wandering up and down the M1. Her line, “I’m not a child – don’t think I’ve ever been a child,” is the film’s sound central message.”

Lyn’s play Aggravated Trespass was commissioned by The Crown Prosecution Service and The Devon Racial Equality Council. It was presented to an audience of judges, magistrates and police at a major conference in the South West.

“A polished cast of actors delivered a telling script raising a number of highly pertinent issues around racism in rural communities. Peter Ellis (Chief Inspector Brownlow from ‘The Bill’) played a newly appointed JP who found himself hosting a ‘difficult’ dinner party where his student daughter introduced her black fiance and his barrister sister to two family friends whose attitudes to ethnic minorities were sadly all too familiar. The play required its audience to think carefully about how black people are received in the prosperous shires and how ‘liberal’ facades can so easily mask deeply irrational prejudices.” 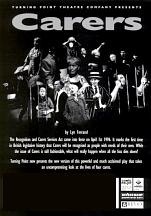 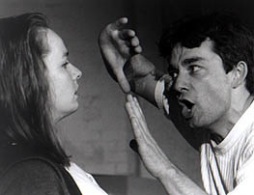 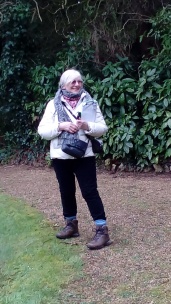 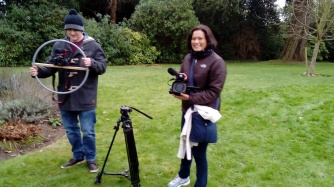 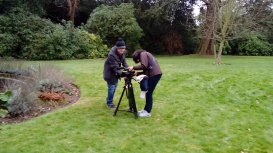 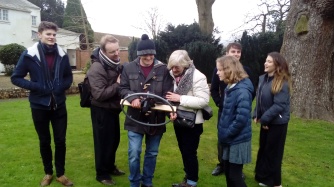 Writer and Director Lyn Ferrand founded Turning Point Theatre Company in 1989. In 2000 she co-founded Buzzword Interactive Films and made award winning theatre and training film dramas. Working in association with a variety of voluntary and statutory agencies over a period of 14 years she was commissioned to write and direct plays and films that […]

The Life and Times of Ralph

Living in the world of the Humans

where Emily and books collide

If Books Could Blog

Live life as thought someone will write a book about it, which will one day been reviewed!

The Misfortune Of Knowing

Blogging About Psychotherapy from Chicago

News feminist philosophers can use

This WordPress.com site is the cat’s pajamas

Life through the eyes of a mum.

Eating out is overrated